Practice – a period of time spent practicing an activity or skill. Perfect – make (something) completely free from faults or defects; make as good as possible. How do you think who is perfect? The answer – none. None was born perfect, but people try and practice to be better every time than they were. Doing something over and over again is the only way to learn to do it well. 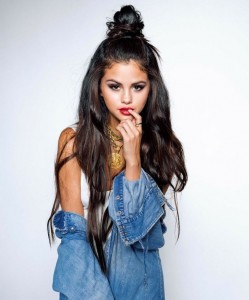 All the little girls want to be a models, princess, singers or actr

ess. So, one of those girls was Selena Gomez. When she was 10 years old, she can’t stop thinking how she wants to perform. At the age of 13, she went to actor’s reviews. As you can guess she became famous actress. After 1 year the producer noticed her very beautiful voice. So, step by step she got into pop music life. In 2009 Gomez released the pop album Kiss & Tell. She started writing songs, which now is widespread in all world. Also, she started meeting with famous people, going to various events. Selena had more and more fans, who are survived till these days. Gomez has also earned praise for going public with her battle with lupus. But this disease didn’t stop her. And look at her now, she is one of the most famous singers and actress.

To become model or princess is just a dream, but become famous athlete is more realistic. Thoughts like this had and Lionel Messi. When Lionel was a little boy, he dreamed about footballer’s career. Boy started play football at the age of 5. His dad helped him practice. At the age of 10 Messi and his team won first sport cup. But after first winning, he finds out that he sick disease called growth hormone deficiency. When all coaches refuse him ,,FC” club coach believed in him and paid for treatment. In ,,FC” club he got up, learned various football tricks. Also, in this club he became most famous football player and won all awards.

These 2 stories just improve, that practice makes perfect. No disease can stop them.  So, don’t give up, keep fighting with obstacles, keep trying and reach your dreams.  My advice to an aspiring actor would be to never stop learning or working for what you want. Nothing comes easy, ever, if you want something, you have to work for it. By working for it I mean work on your craft, learn from people who have something to teach. It’s just like anything else, practice makes perfect.